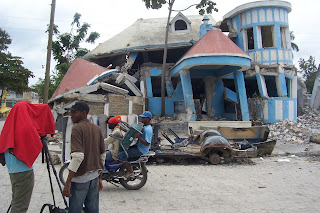 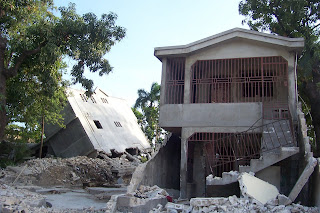 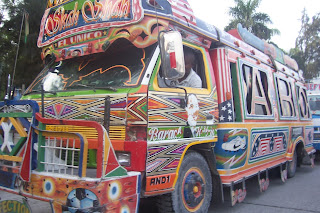 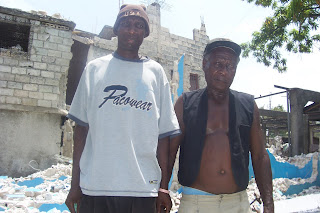 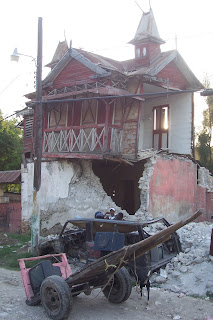 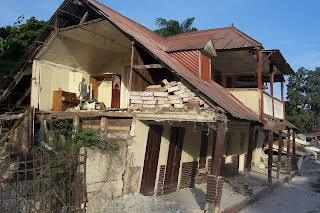 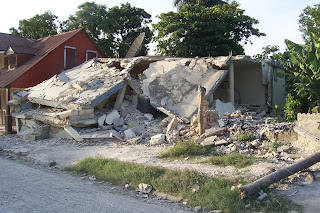 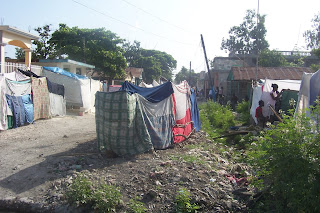 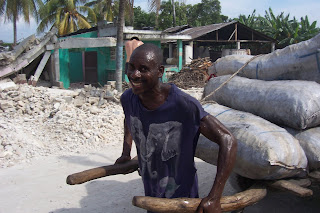 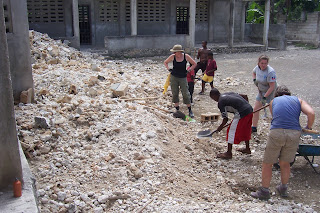 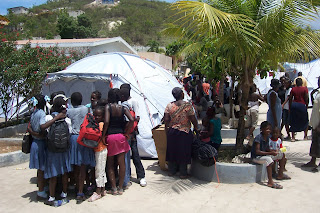 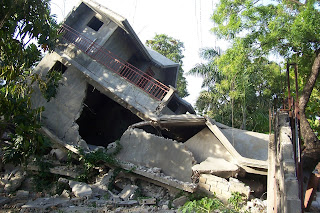 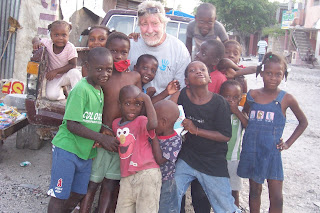 Posted by richard wodehouse at 3:22 PM No comments:

How was Haiti? I am asked this often now that I have returned from my month there.
The organization that I worked with for a month as a volunteer in Leogane Haiti, Hands On Disaster Response accomplished much real and productive work.  In my month with them I also accomplished much.

So how does the future look for Haiti? I am also asked.
David Campbell the founder and director of Hands On Disaster Response, says that typically there are three stages in the perception of the host citizen's to the presence of disaster respondents:
At first they say:  Thank you for being here.
Some weeks or months later they ask:  Are you licensed to be doing this?
Then after some more time they ask: Are you taking my jobs away from me?

My perception being in Leogane on the forth month after the tragic earthquake was that we were somewhere in the second stage approaching the third stage.
We were asked by the more industrious Haitian young men if we could give them jobs.  When we explained to them that we were Volunteers and not getting paid, and that they could join us if they were willing to work also for free, there was this look of incredulity and disappointment.  They just could not understand or accept that we had come down to their country to do hard work and sweat without pay of some sort.  I think they believed that maybe we were not getting paid then, but surely we go a big bundle of money when we got back to the US.  Perhaps this explained to some small degree the lack of involvement by a large portion the able bodied Haitian men and women in the immediate work required to get done in order to bring any order back to their lives.
But then perhaps that lack of involvement is a result of not being able to believe that things are ever going to get better.

Why would they have that lack of hope?  In my opinion this is a direct result of the total lack of presence of a government and no sign of the functions that we are accustomed to expect from a government.
I saw almost no evidence of any sort of planning, organization, or direction given to each individual person.  Every individual is totally on  their own to act in ways that help themselves survive and eek out some sort of living.  From where they poop, to what shelter they live in, to what they do to make money is entirely unregulated and unorganized resulting in continuing chaos and lack of movement towards progress.
We all knew that Haiti was poor, but I was surprised by how dysfunctional it is.

Unemployment was said to be 75% prior to the earthquake and now 90% after.  But how this is quantified is uncertain because there is no one doing the counting.  Aimlessness and lack of direction is evident when in the mornings you see young men dressed in good clean clothes sitting on buckets by the side of busy roads waiting, waiting.

HODR has begun a Haitian Volunteer Program welcoming Haitians willing to work as volunteers along side the responders from other countries.  One enticement for the Haitian volunteers is that working within HODR they will learn skills that will allow them to then get paid positions with other well financed NGOS.

Leogane, Haiti’s second largest city has not had an operating water system for over five years!.  So where do they get their water from?  Two sources that I observed: Shallow wells and large rubber bladders mounted on raised platforms at some street corners.  These bladders are filled regularly by water trucks with large letters UN painted on the sides.
As far as medical care, there seemed to be much quality available.  Many organizations were rotating medical personnel in weekly tours, so the doctors were fresh and eager.
One day when I was with a structural engineer and a Haitian translator I was attracted to initiate communication with an older man and what appeared to be his son who were sitting outside their shack next to the pile of rubble that had been their home.  The younger man began asking me (in sparse English) for money explaining that he could not work because he needed an operation.  When I looked at him quizzically, (I had heard that statement before as an excuse not to work), he lowered his pants to show me.  His testicles were the size of a small watermelon or a large squash!  Imagine the pain?  I was later told that another man had been brought to the field hospital next to the HODR base with those tender body parts the size of a not so small watermelon!  Apparently it is a mosquito borne decease which is a form of elephantitys that affects that part most tender part of men’s bodies.

So that is Haiti.  There is a tremendous amount rubble to be removed just for them to get back to seeing the base of what used to be their buildings and homes.  And this can be a metaphor for the country itself: there is a tremendous amount of work to be done just for the country to get back to having less than it had before the earthquake.
And what is lacking and in most need is a government which the people respect and believe in to give basic services, organization, and planning for the future.
Posted by richard wodehouse at 2:55 PM No comments: